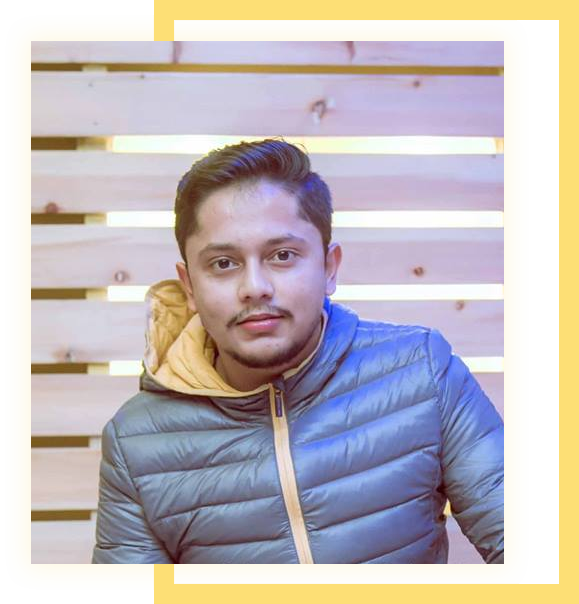 As most self-taught SEO experts, I too began at a very young age, though at that time, I wasn’t that sure about what I was doing. My passion and enthusiasm (though a common trait of young men) translated into hours and hours of research into the innermost workings of search engines, rankings, link building and content marketing. Since then, I’ve successfully launched hundreds of websites that have dominated Google’s rankings and I’ve collaborated with numerous companies, including Rimmel London, Covario, Lloyd’s Pharmacy, and Freeman’s. I’m currently also working at Paper Frog Media, one of the leading SEO companies in the world.

A couple of years later, having gathered the necessary experience and preparation, I started babapandey.com and began constructing websites showcasing useful content (including free music, wallpapers and such). At the same time, I was an active member of multiple SEO forums and it was there that I earned my first ever paying job (the pay check wasn’t awe inspiring, but it was enough to bring my enthusiasm even higher). I continued building relationships and reaching out to other SEO’s on the forum while I was keeping myself up-to-date with everything that was changing in the industry.

How I Discovered SEO and Internet Marketing

As a somewhat typical young man, I was very interested with understanding exactly how everything worked. So when I received my first ever computer, after spending countless hours playing video games (most of us will admit to having done so as well), I began experimenting with search engines, trying to understand how certain results are presented to me. Little did I know back then that this passion would turn into a full-time occupation and a very prosperous career!

In the meantime, I started my college education and continued to expand my horizons. I soon began thinking about the idea of working independently (since working for a boss wasn’t something that appealed to me very much). I decided that I wanted to go a different route so I invested in a laptop and a mobile phone and began searching for profitable ways to make money online.

As luck would have it, in the early days of the internet, the web was rife with opportunity.

Of course, it was a bumpy ride and as you would expect, it wasn’t an overnight success. There were highs and there were lows, I would spend 15 to 18 hours a day working without very much to show for it. I flirted with the idea of Paid to Click sites (which back then were the promise of the Holy Grail) but found myself disappointed when they didn’t deliver the return of investment I had anticipated.

It was only then that the idea struck me: why not build websites from scratch? They should be profitable, I though back then, especially if you offer information that everyone is looking for. Of course, I immediately started to play around and read into the matter.

Why You Should trust my SEO Expertise

What exactly makes me an SEO expert from nepal, you wonder? I have years of trial and error under my belt, as well as a deep understanding of search engines and how they work, as well as the success stories to back this all up. I’ve successfully launched and collaborated to the launch of countless of websites, I’ve worked with famous names in a variety of industries and I’ve learned exactly what makes a website successful and what doesn’t.

Because I had the opportunity to experiment freely and understand exactly what tactics work and what tactics don’t work, I know just how to bring online traffic to your website and I also apply the strategies and concepts that are proven to work. My SEO Expert services are ethical, credible and most importantly, they withstand the test of time.

Let’s get a little down-to-earth

Aside from my unrelenting passion for SEO, I’m also a cool, young guy that enjoys life as much as you do. I respect and cherish my family and I’m thankful for my upbringing. I have a few guilty pleasures (including Bollywood music from the 1940’s, Hollywood and premium whiskey, to name just a few). I’m an adventurer and I don’t hesitate when faced with new challenges and opportunities.

I’m also a really cool person to be around (and likeability is a great asset, especially in such a connection-based world).

We offer a perfectly tailored service that is niche-specific and brand-focused and yields measurable results. Here are just some of the reasons why you should work with Baba Pandey:

We offer a transparent, goal-oriented approach

Each client has different requirements and an SEO expert campaign should be goal-oriented. We work together with our clients to identify the exact job that needs to be done. Are you seeking to turn more leads into conversions? Are you interested in just increasing traffic, or do you want to grow sales, attract more leads, increase your SERP ranking or something different altogether? Depending on your individual goals, we construct a strategy that is tailored specific to your request.

Current and past success

we have collaborated with many high-profile companies, agencies and clients whose traffic, rankings and conversions were positively influenced after running the SEO campaigns we designed.

You know exactly who you’re working with

Baba Pandey frowns upon the too common practice that many large SEO companies have of landing a client and then passing the account and project along to one of the company’s employees. With Baba Pandey, we will work one-on-one so that you know that there are no middlemen in the process.

We offer a high-quality service

Every product that we deliver is high-quality and research based. Our content is 100% original and authoritative, our link building strategies are based on scalable approaches that are Google approved and our SEO strategies are proven to yield the results you expect.

Competitive prices that you can afford

Most businesses don’t boast a massive SEO budget. Baba Pandey’s SEO expert approach doesn’t involve overhead costs and additional charges, so that you can be sure that you’re spending your entire budget on SEO-related expenses, nothing more.